In addition to reading books for pleasure, I’m a book reviewer for several online book sites. I typically read about two books a week, so that’s more than 100 books a year. Even so, there’s always a tall stack of books waiting for me on my nightstand – paperbacks, advanced reader copies, and ebooks loaded on my Kindle, delivered to me from various sources, such as publishing houses, book fairs, and writer’s meetings.

People give me all kinds of books to review from the current year or perhaps even published a couple of years earlier. I’m exposed to a variety of genres throughout the year, from traditionally published books to small presses to self-published platforms – including adult books, YA, and children’s publications. As an author myself, I know how important it is to spread the word about interesting, well-written books that readers would enjoy – if only they knew about them. So here are a few of my favorite books that I read this year from that tall stack of books on my nightstand.

Click the highlighted titles for more information or to purchase from Amazon. 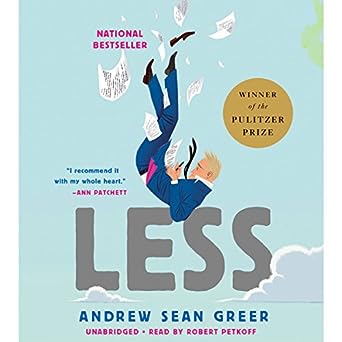 Less by Andrew Sean Greer. (audiobook) 2018 Hachette Audio. ASIN: B0714BGVIV. 8 hours and 17 minutes. Read by Robert Petkoff. This Pulitzer Prize-winning novel jumps off the page and into our imaginations with this highly animated audiobook. The story concerns a lonely middle-aged gay author named Arthur Less, who journeys around the world attending mediocre literary events to avoid attending the wedding of his former lover. Naturally nearly everything goes wrong on each leg of the journey, and everyone he meets reminds him of the failed love affair. Poor Arthur starts to believe the entire trip was the universe’s plan to further degrade him. Told with poetic descriptions and comical details, the audiobook version also includes the voice talents of Robert Petkoff, who manages to portray people of all ages, sexes, races, and origins in this lively retelling of Less’s story. 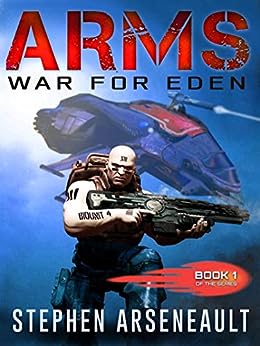 ARMS: War for Eden by Stephen Arseneault. (paperback and Kindle) 2016 CreateSpace. 978-1537554518. In the first of the ARMS science fiction series, two former Domicile Defense Force Biomarines (genetically engineered humans trained to fight during wartime) are forced to find a new gig during a break in the war. Outcasts Harris Gruberg and Tawnish Freely bond together in a lucrative scheme to sell arms to the outer colonists just before hunting season. Ready to retire off the generated funds, their plans go awry when they learn of mysterious deaths and rumors of war in the same place they sold their weapons. The uneasy truce and unacknowledged attraction between these two main characters is enjoyable to read, and the plot contains enough twists that readers won’t quite know what to expect regardless of how many other science fiction, military action, or space operas they have read in the past. 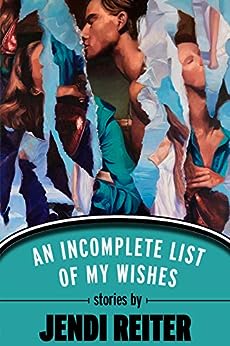 An Incomplete List of My Wishes by Jendi Reiter. 2018 (Paperback and ebook) Sunshot Press, 978-1944977207. This collection of eleven short stories by award-winning poet and novelist Jendi Reiter focuses mainly on interpersonal relationships and overcoming grief, fear, and isolation. Several stories include gay characters struggling with their homosexuality, and adolescents contemplating how their religious backgrounds fit into their evolving self-image. Complex and lovely, these stories are filled with great sadness, flashes of anger, touches of humor, and ultimately revelations from characters who in some way mirror our own lives.

And for the Little Ones

Mixter Twizzle’s Breakfast by Regan W.H. Macaulay. 2018 (Paperback and ebook) Mirror World Publishing, 978-1987976496. This children’s book for young readers introduces a peculiar red-deviled creature who lives beneath a chicken coop on a farm. Mixter Twizzle, as he is known, sneaks into the coop at breakfast time and steals eggs out from under the hens. Although his belly is full, his heart is empty. When a stolen egg unexpectedly hatches and a chick emerges, Mixter learn a valuable lesson about life. Beautifully illustrated by Wei Lu, this book should delight early and transitional readers with its quirky main character, who is monstrously cute in appearance, speech, and mannerisms. 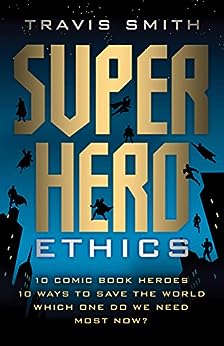 Superhero Ethics: 10 Comic Book Heroes; 10 Ways to Save the World; Which One Do We Need Now? by Travis Smith. 2018 (paperback and hardcover) Templeton Press. 978-1599474540. This book examines the ethical standards and practices of popular comic superheroes. The author dissects these characters from scientific, philosophical, psychological, religious, and cultural perspectives for a fascinating look at who we need to actually save the world from current problems. Five chapters compare two similar superheroes in preliminary battles to determine the final winner. For example, Batman competes with Spiderman for retaining peace neighborhoods, and the god-like characters Thor and Superman are pitted against each other. Fun to read, this book also includes profound insights into humanity. 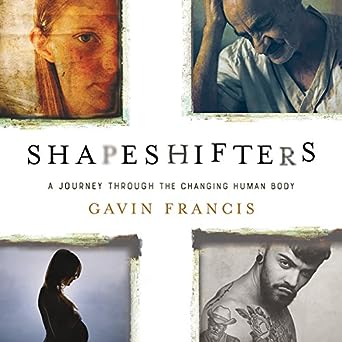 Shapeshifters: A Journey Through the Changing Human Body by Gavin Francis. 2018 (Audiobook) Hachette Audio. ASIN: B07DGJPSH8. Unabridged 6 hours and 49 minutes. Read by Thomas Judd. Scotland physician Gavin Francis looks at bizarre naturally occurring physical abnormalities such as humans turning into werewolves and growing horns. Other chapters look at other quirky, though less dramatic physical transformations, such as jetlag, gigantism, infertility, castration, menopause, and bodybuilding. With his professional medical background and sensitive approach to the material, this book doesn’t sensationalize or demoralize, but rather explores weird pathologies with which the average reader is unfamiliar. Clearly written and always interesting, Shapeshifters also contains unexpected humor that lightens some of the darker material. 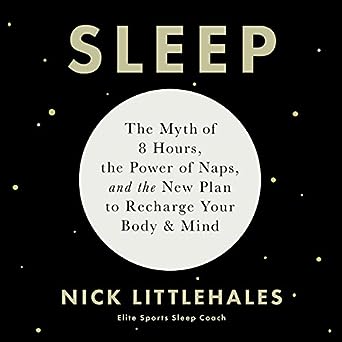 Sleep: The Myth of 8 Hours, the Power of Naps, and the New Plan to Recharge Your Body & Mind by Nick Littlehales. 2018 (Audiobook) Hachette Audio. ASIN: B07B1JFXHT. Unabridged 6 hours and 39 minutes. Read by Nick Littlehales. A sports sleep coach and creator of the R90 Sleep Technique, the author’s goal in writing this book was to teach people how to maximize their resting time. Everyone knows how debilitating it is to get a poor night’s sleep, but who knew how many elements contribute to a night of tossing and turning? Readers will learn about how lighting, food, activities, and thoughts can aid sleep or fuel insomnia. More than just a guide for improving sleep, this book also offers plenty of ideas for living better and more efficiently. 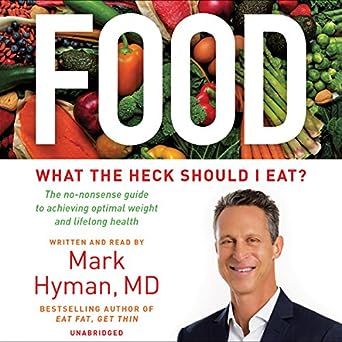 Food: What the Heck Should I Eat? by Mark Hyman, MD. 2018 (audiobook) Hachette Audio. ASIN: B07B2Z6J7D. Unabridged 10½ hours. Read by the author. Best-selling health and nutrition author, Dr. Mark Hyman offers his latest book on picking the right foods for optimal health in this book. His suggested plan is the same as what he’s been espousing in his earlier works, such as Eat Fat, Get Thin. He says people are sick, fat, and out of shape from eating sugary, processed, and adulterated non-food items. His recommendations include eating whole foods that are locally sourced whenever possible. The book looks at good food as medicine, and non-food or bad foods as sickness. For those unfamiliar with the latest food trends, this book provides clearly defined useful information and a comprehensive plan for good health.

Leslie C. Halpern is the author of Scantily Clad Truths: Essays on Life with Clothes (and without) and 200 Love Lessons from the Movies.